Neutrophil-like cells must balance speed against chemotactic accuracy to win a chemotaxis maze race in the inaugural Dicty World Races, a worldwide competition, according to a study published June 22, 2016 in the open-access journal PLOS ONE by Monica Skoge from Princeton University, Daniel Irmia from the Massachusetts General Hospital, and colleagues.

Neutrophils, a type of white blood cell or immune cell, are the human body’s first line of defense. These cells can hone in on invading pathogens by chemotaxis, where they direct their motion in response to chemical stimuli. When neutrophil chemotaxis is impaired, patients may be at a high risk of infection, but little is known about how it can be enhanced. To gain insights into the complex mechanisms behind chemotaxis, the authors of the present study held a worldwide competition to “race” engineered cells through a microfluidic maze, up a chemical gradient to the finish line. Fourteen participating teams each engineered two chemotaxis models, the amoeba Dictyostelium discoideum (Dicty), and the human cell line HL60, to run a millimeter-long maze of interconnected, orthogonal channels designed to mimic the cell’s natural environment.

In the competition, a total of 428 cells finished the race in the 3-hour observation time, with the winner having the highest representation (48%) of their team’s cells within the first 100 to cross the finish line. In comparing speed with accuracy, HL60 cells were overall more than twice as fast as Dicty cells, but Dicty cells were better at finding shortcuts, giving them a slightly enhanced combination of chemotactic accuracy and speed in this maze. While teams used a variety of engineering strategies to enhance their cells’ chemotactic ability, the most successful cells were an adapted version of Dicty with increased activity of a particular protein, Ric8, that enhanced G-protein signaling, helping chemotaxis in shallow chemical gradients.

While much remains to be learned about chemotaxis and cell migration, the authors hope that future races will be a fun-spirited approach to continue investigating cell motility and chemotaxis on a large-scale, as well as to provide further insight into relevant areas of research.

Daniel Irmia notes: “The Dicty World Race purpose is to accelerate our progress towards understanding of how neutrophils move. It is a great team effort. It actively engages biologists working on distinct molecular mechanisms of cells migration and helps them interact beyond the boundaries of independent laboratories. It also brings forward scientists interested in translating these findings into effective tools to diagnose, prevent, and treat infections, inflammation, and sepsis.” 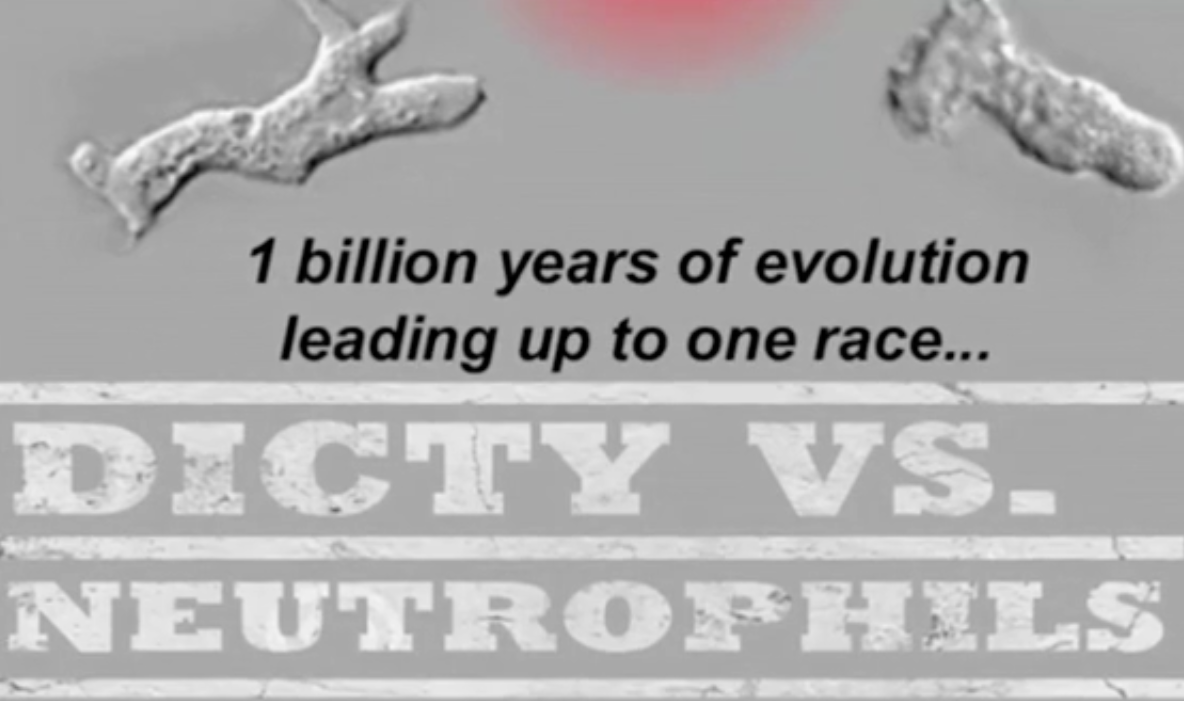 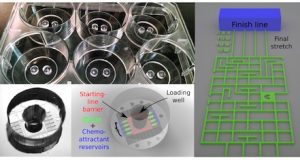