There’s a lot of advice out there about how to win a race: “Be fast out of the gate,” “slow and steady,” and, most importantly, “make sure your doping regimen is superior to the competition’s.” Cells racing through a maze have taken all this wisdom to heart. In new study, published today in PLOS ONE, scientists from around the globe participated in the Dicty World Race, a competition that challenges researchers to design cells that can navigate across an artificial maze as quickly as possible. On race day, 14 teams injected specially modified version of two cell lines, Dictyostelium (or Dicty) and HL60, which are commonly used to study cell movement (known as chemotaxis), into a 1-millimeter-long silicone-based maze underneath a powerful microscope. The Dicty cells were taken from the single-celled organisms that make up slime molds, whereas the HL60 cells are highly studied human cancer cells. The end of the maze was loaded with high concentrations of a chemical the cells would sense and home toward (known as a chemoattractant), and the concentration of the chemical gradually waned across the maze, forming a gradient that the racing cells would need to read and follow, moving from low concentration to high. The winning team, whose cells can be seen navigating the maze above, boosted the amount of a molecule called Ric8 in Dicty cells that increased the cells’ ability to sense changes in the chemical environment, allowing them to take more direct pathways to the finish line. All Dicty lines, especially in the winning group, also got a boost from their quick starts, moving from maze’s starting area into the channels much faster than the HL60 cells. It’s not all just fun and games: Understanding how cells—especially white blood cells—navigate through the human body could help scientists create better treatments for cancer, infectious disease, and autoimmune disorders.

David Shultz wrote about the Dicty World Race in Science. 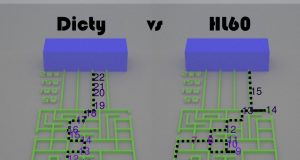 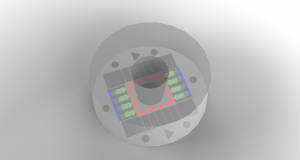 Planning for the Race 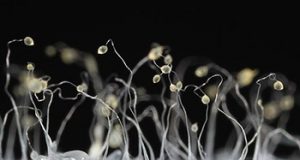